Cryptocurrencies and blockchain. Words that currently generate discussions throughout the different communities on social media. Every week there are news about some cryptocurrency’s gaining or losing value or news about a blockchain investment. But, it wasn’t until recently that those words transcended from the technology sector to the financial, media, academia, government, and other sectors.

Legend has it that, in 2009, Satoshi Nakamoto (a person or group of people, we don’t know their real identity) published a white paper and the code that put into practice the white paper. This white paper described Bitcoin, the first blockchain applied as a digital currency. From that point on, that form of blockchain application has spread like wildfire.

We cannot assure Satoshi Nakamoto’s intent when writing this white paper because we do not know their real identity. Nevertheless, the wind that has spread the Bitcoin wildfire is tied to loathing the current economic system, bringing together multiple ideologies. Little is discussed in the press about this loath, putting doubt the objectivity of the articles that omit this important factor. Unfortunately, these articles generate discussions on social media, half informing the general public.

Yes, cryptocurrencies and blockchain are indeed a way to invest money. But, it is important to understand that, to many, this technology provides a possible solution to a global problem: the abuse of centralized economic power.

The American dollar, the Euro, the Yen, the Pound, and all the reserve money is a government-issued currency not backed by any commodity such as gold or silver, making them fiat money. This means that the government decrees the dollar’s value based on the offer and demand of the printed money circulating worldwide. However, the dollar is the coin used to buy and sell petroleum, one of the most sought-after materials of modern society. This transactional power elevated the dollar to the status of reserve currency. The United States can maintain persistent commercial deficits through the issuance of assets at a low rate. Thus the dollar maintains its hegemonic power in the world economy.

Although at the domestic level, in the beginning, the fiat money seemed to bring development and prosperity to the American economy, the economic development of the past three decades has marked a break in the middle class. The benefits of the dollar hegemony have been enjoyed by financial institutions and multinational companies, while the worker has had to cover the costs.

The industries that provided economic prosperity to the middle class, like equipment or textile production, were transferred abroad as soon as the government stopped incentivizing them. Small businesses were replaced by multinational companies. Maintaining dollar dominance requires that the American economy shift from a production-based economy to a capital gain economy. This shift has deepened the inequality in the middle class and the political polarization of its constituents.

At the exterior level, the United States has been implicated in intervening in other countries politics. An irrefutable example was the invasion and overthrow of the Iraq regime under the weapons of mass destruction pretext when Saddam Hussein, Iraqui president, announced that they were valuing petroleum with euros instead of dollars. Therefore, it is inevitable that a type of resistance is was going to come up.

To generalize, Bitcoin set the blueprint for trading a digital currency without the need for a bank account. Unlike the current system requiring a bank account to transfer digital money, you can compare transactions with bitcoin to when you pay with cash. You take out the cash from a wallet and give it to the person you are paying without the need for a bank to perform that transaction for you.

Blockchain attracts because it’s designed so that the cryptographic transaction safeguards depend on the data exchange and validation between the network participants without a central entity. Bitcoin attracts because it uses blockchain to remove the need for a central bank that establishes exchange prices, money transactions, and print or destroy money. Also, it’s not a secret how the blockchain works because all the code is public, and all the transactions on the blockchain can be accessed through the digital wallet.

This new mental model places the trust on the network instead of on the government or their institutions. Every day more people place their trust in the network, proving that the network currently works. According to Reuters, bitcoin has helped people in Lagos, Nigeria, protect and grow their businesses while their national coin is devalued. Similar stories are heard from Venezuela and Argentina.

The American press is full of news that criticizes Bitcoin because of its environmental impact. The critics originate from the fact that a lot of energy is required to make the required computation to mine bitcoin. The Cambridge University describes on its Bitcoin Energy Consumption Index portal (CBECI),: “It is essential to distinguish between electricity consumption and environmental footprint. The first concerns the total amount of electricity used by the Bitcoin mining process. The latter concerns the environmental implications of Bitcoin mining. What ultimately matters for the environment is not the level of electricity consumption per se, but the carbon intensity of the energy sources used to generate that electricity.“

Energy generation always leaves some kind of carbon footprint, but the footprint that Bitcoin has generated is statistically insignificant even in its most primitive moment. Citing the CBECI, again: “… let’s use the annualized power consumption estimate from CBECI as of July 13th, 2021, which corresponds to roughly 70 TWh. Let’s also assume that all this energy comes exclusively from coal (the most polluting fossil fuel) and is generated in one of the world’s least efficient coal-fired power plants (the now-decommissioned Hazelwood Power Station in Victoria, Australia). In this worst-case scenario, the Bitcoin network would be responsible for about 111 Mt (million metric tons) of carbon dioxide emissions, accounting for roughly 0.35% of the world’s total yearly emissions“.

The articles that appeal to the problem of climate change to promote the dislike towards Bitcoin purposely dismiss the different initiatives coming from within the network to promote the use of renewable energy. In Saratoga County, New York the oldest running hydroelectric plant in the United States, if not the world, recovered its full functional capacity after they decided to mine bitcoin. On the other hand, the company Square commissioned a study that proves the correlation and benefits of the use of Bitcoin for the incentives of the use of renewable energy. It is not that the guard should not be lowered in terms of not requiring this industry to watch out for carbon emissions. But, Bitcoin is not the environmental threat that the ordinary press describes.

I can point to 2018 as the specific year that Puerto Rico “met the crypto world.” That year, multimillionaire became a resident of the island. Press articles such as The Hippie King of Cryptocurrency de Rolling Stones and episodes like Puerto Crypto de NPR described how this person attracted a “crypto community” to settle in Puerto Rico to implement and proliferate the crypto economy.

The continuous attention that this foreign group captured instilled a misconception in a part of the Puerto Rican sector where cryptocurrencies, like Bitcoin, were pushed exclusively by neoliberals, imperialists, or rich people. It’s important to distinguished between someone who uses cryptocurrencies and someone who actively searches to pay fewer taxes.

This antipathy has allowed that sector to stop objectively assessing the value that cryptocurrencies or blockchain can bring to Puerto Ricans. If Bitcoin is really a tool that allows exchanges without a central coin like the dollar, why not study how others use it worldwide? If the Puerto Rico colonial status limits its economic relations with the rest of the world, why not use this tool to explore this relationships?

I’m not arguing that the Puerto Rican economy should be only and exclusively based on Bitcoin or blockchain. I do not even believe that neither cryptocurrencies nor blockchain will be the saviors for the Puerto Rican economy. What I do continue to observe is how there is no turning back with Bitcoin. It’s difficult to leave behind the idea that you can own money that is decentralized, transparent, and fast.

I’ll leave you with this video that explains why it is important to not ignore this new technology.

This post was written while listening to this playlist by DJ Erol Alkan. This playlist includes most of the repertoire of songs that Erol has played during the past years. 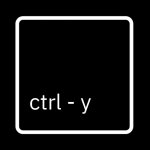